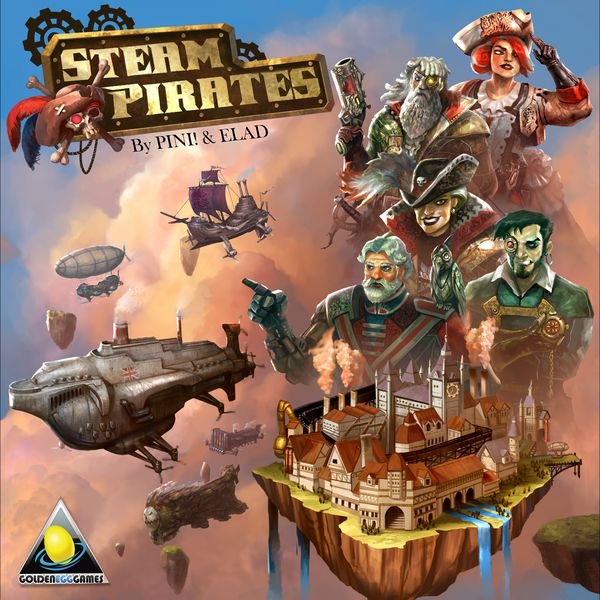 In the vast world of Materia, two factions are fighting to seize power over the people who wish to live peacefully in their cities. The Pirate Syndicate is a business-driven corporation that vies to gain as much power by exploiting the "honest" merchants. Their Queen Pirate loves to use the fastest vessel in all of Materia, The Dreadnought, to dominate the sea of clouds. The Great British Empire is a monarch regime that controls most of the known city-islands. The king's hand, the Governor of the seven seas, is the most dominant person who loves to enforce his laws by lashing out his fearsome Flying Fortress after contraband dealing pirates.

In Steam Pirates, each player builds their own trading network of piracy by dealing in four types of goods: coal, rum, firearms, and automatons. Your goal is to capitalize the "open" market by selling your goods while maneuvering your frigate to explore new markets and new resourceful allies.