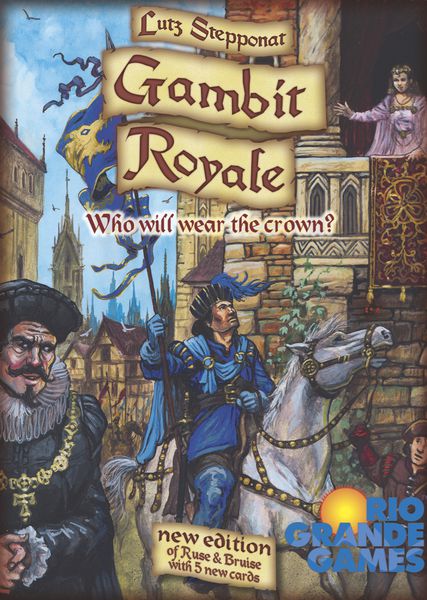 Gambit Royale, first released under the name Ruse & Bruise, is a fast-paced card game in the tradition of Citadels. Magicians and dragons, kings and princesses populate the land and want only one thing: the greatest fame. The players try to use their royal household to cause problems for their opponents and trick them with underhanded chess moves.

In more detail, the game lasts six rounds, and at the start of each round, each player reveals a random goal card worth 1-5 victory points (VPs), each with one of six symbols printed on it. Each player has a deck of influence cards and starts with a hand of three cards. On a turn, a player plays a card face down in front of a goal card, then draws a replacement card; if a face-down card is already present at this goal, the player reveals in and executes the action on it, if any. As soon as all goals have as many cards below them as their VP value, the round ends. Reveal the face-down cards without executing their actions, then carry out the actions of any mercenaries, wizards, witches, and princes/squires in play. Whichever player then has the most influence on a goal (as determined by the values on their played cards) claims that goal, with ties being broken in favor of whichever tied player played on that goal first.

After six rounds, players tally their goal cards to determine their final score; alternatively, if they have a set of six goal symbols, they can sum those six cards, double that value, then subtract 1 VP from that total for each goal card they have that's not part of that set. Whoever has the most points wins!

The 2018 edition of Gambit Royale contains five more cards than the first edition of Ruse & Bruise. 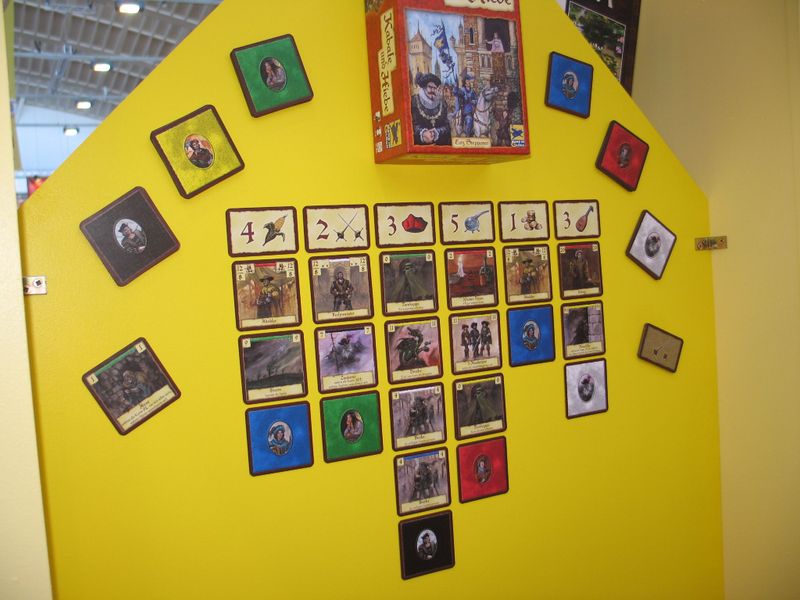 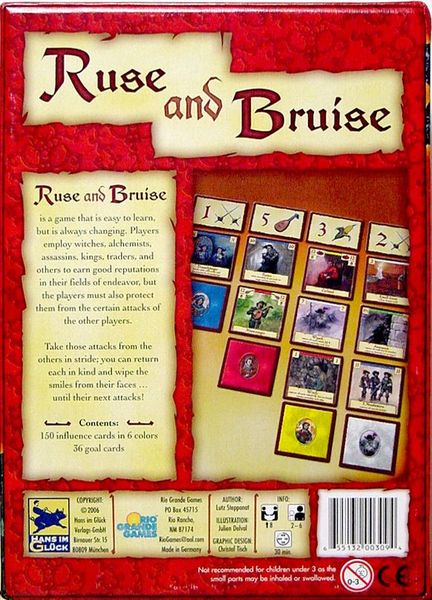 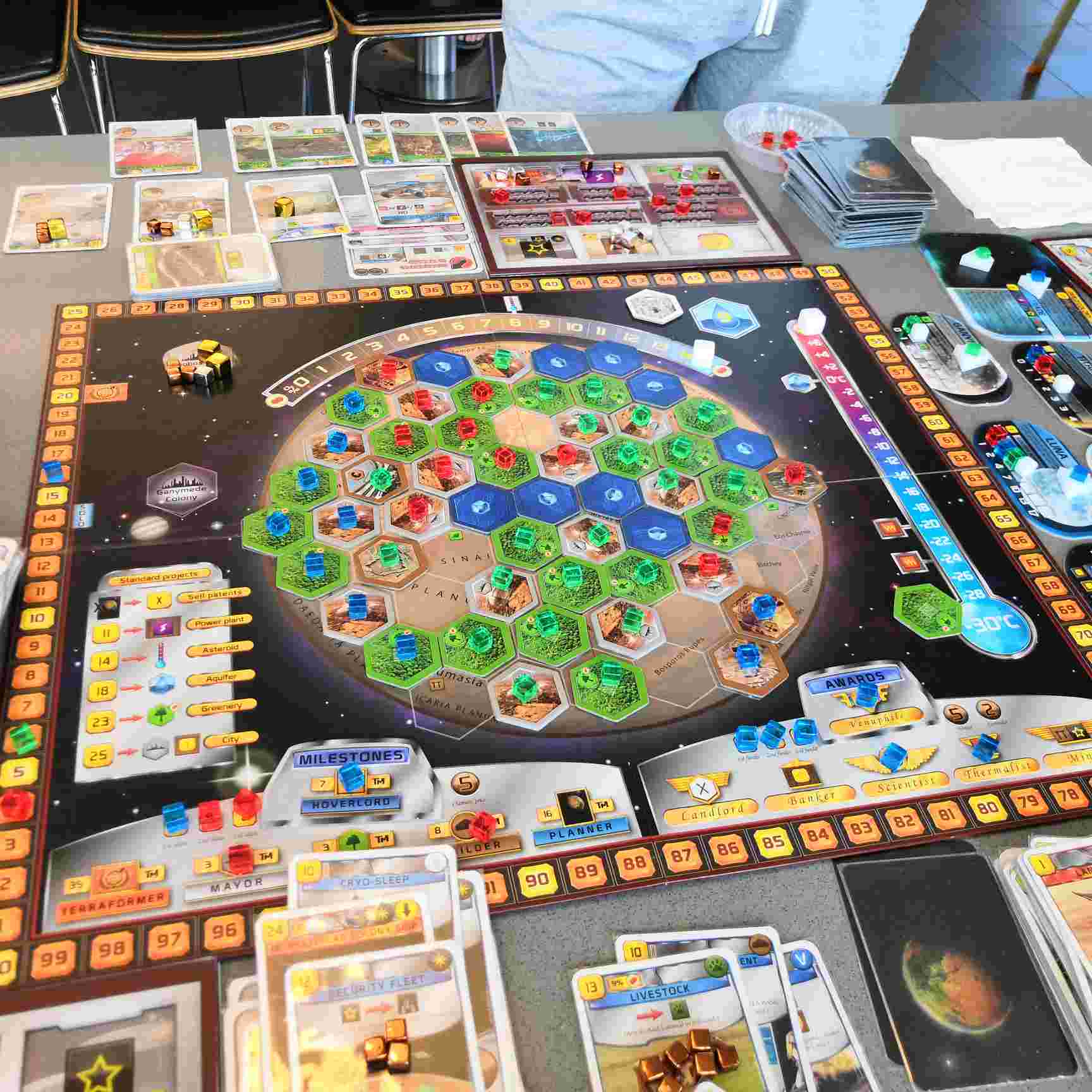