Welcome to Tinderbox!
...sorry about the weather...
The city of Tinderbox has, rather predictably, caught fire.
Although no-one has formally admitted responsibility, a large fire storm has appeared above the Pyromancers University and fireballs are raining down on the city.

As such it’s a good time to be a firefighter, if being hero is your thing.

In The Brigade you control rival firehouses offering protection to the good citizens of Tinderbox. The aim of the game is to win the Loyalty of the people with acts of heroic fire fighting and earn the coveted position of Fire Chief.

The Brigade is an action point system game that allows players several different actions. Players must put out fires in order to gain loyalty, the more loyalty they have the more likely they are to become the fire chief. Players can also upgrade their firehouse, the amount of crew they can hire and their water wagon to put out stronger fires.

To win the loyalty of the people you must impress the enough that they will support you to become the Fire Chief, gaining the respect of 5 blocks or the same type, 5 blocks of different types will ensure your position. Alternatively, Earning respect from the highest and most prestigious people before one of the end game triggers will also get you that top spot. 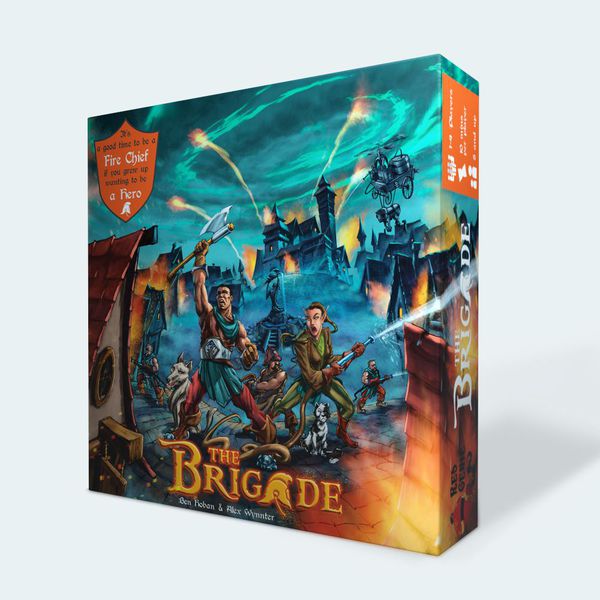