One of the most innovative additions to the boys action aisle is ATTACKTIX. Launching with Star Wars: Episode III toys, ATTACKTIX is a battle figure game that combines great action figures with kinetic battling features.

Each figure comes on a base that contains all of the information that a trading card might include, such as speed, defense, point value and special powers unique to that character.

The goal of the game is simple: be the last one standing; but beyond that there are nearly unlimited strategies. To begin, kids select how many points each squad should start out with, pick their squads and put them into formation. On each turn, kids will move their figures across the table (counting distance using a patented clicking wheel in the base), and then attack with features like slashing light sabers, firing projectiles and others. When the figures are knocked over, their special powers come into play and influence the game. For example, granting another one of your figures an attack or bringing back a figure who may have been previously defeated.

This version is based on characters in the Star Wars Universe.

There are multiple themes in the Attacktix series of games. 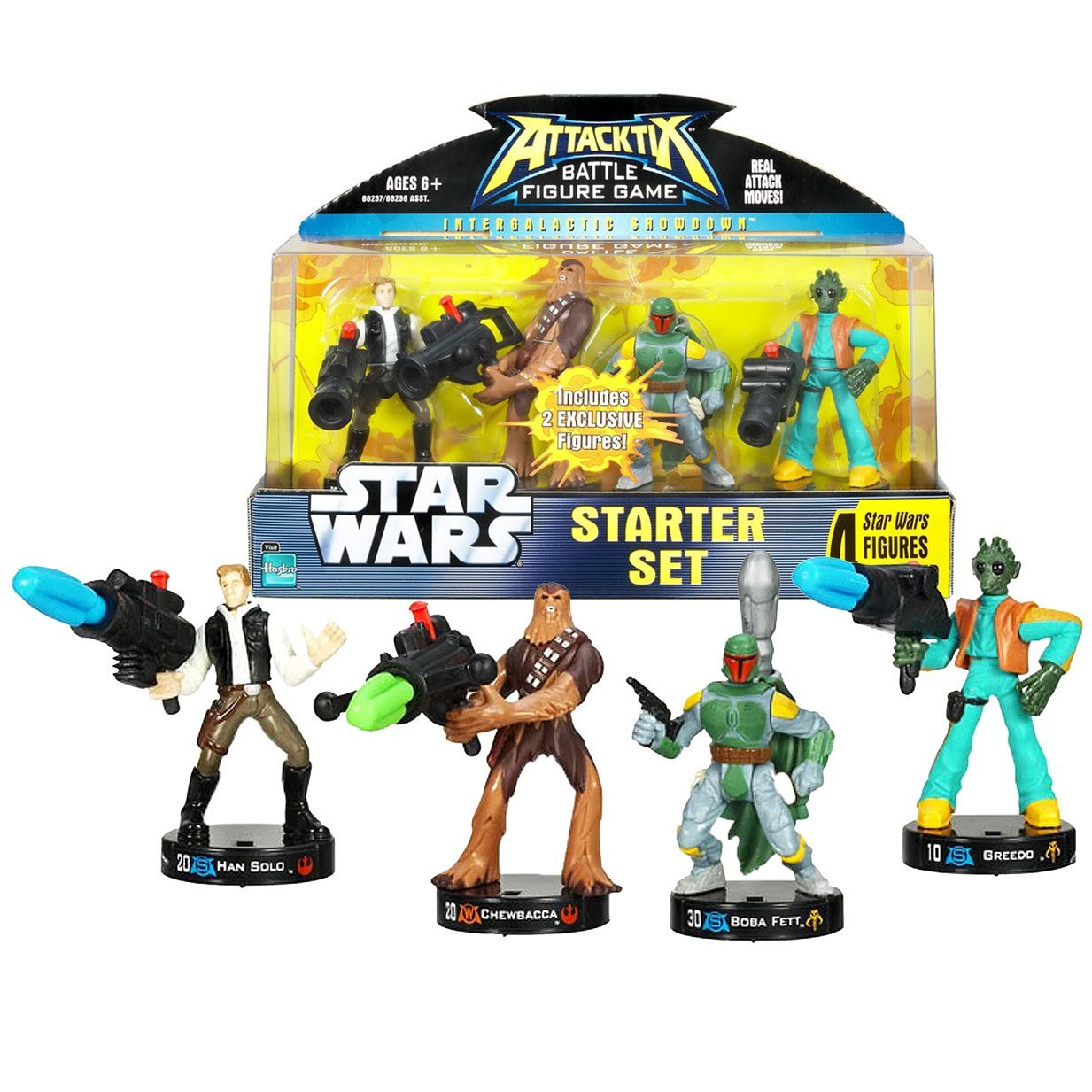