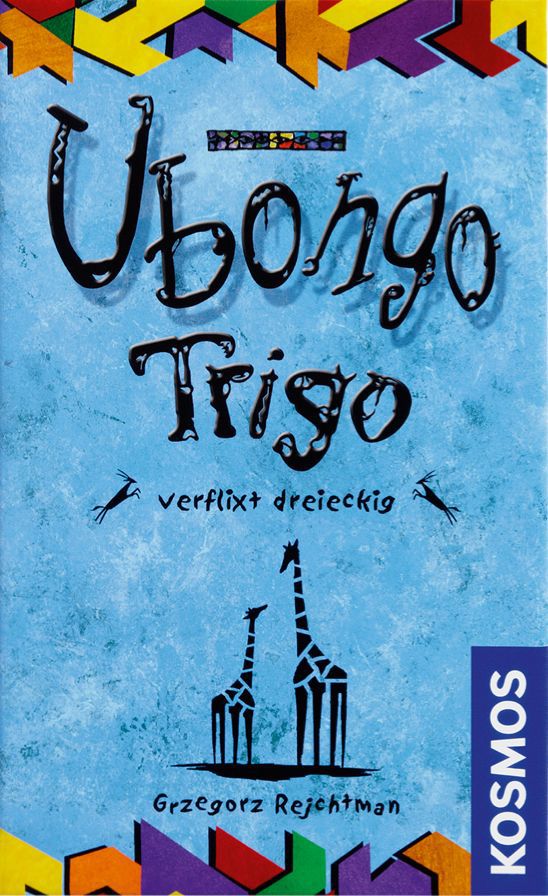 The Ubongo series has already challenged players with deciphering where to play shapes composed of squares (Ubongo itself), blocks (Ubongo 3D) and hexagons (Ubongo Extreme), so with Ubongo Trigo, the triangles now come into play.

Each player has seven shapes, each composed of a unique combination of triangles and each colored differently. In each round of the game, each player takes a puzzle board that uses four shapes (or six on the tough side) to create two images. Players are presented only with the images' silhouettes, so they need to determine how to combine which shapes – with which sides face up and in which direction - to create the two images on their card. 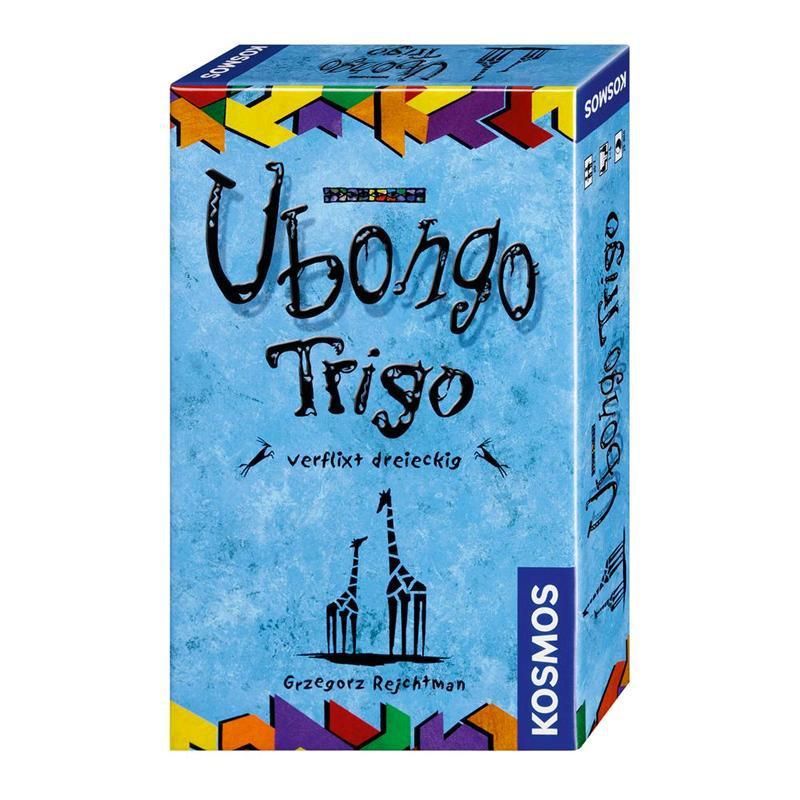