Tonight, the Immortals get together to feast on their favorite dish, hot pot. But, despite their shared love for hot pot, they don’t care for each other one bit!

In Hot Pot Hustle! Each player takes the role of a mythical creature from the traditional Chinese mythology, an Immortal, whose goal is to have the best and most delicious hot pot dinner whilst sabotaging the other Immortals their meal! Each Immortal character has a favorite type of food, as well as one they despise. Each player tries to eat as much as possible of their Immortal’s favorite food, while tricking the other players into eating food they despise and ruining their meal. A variety of tricks, traps and deceits are available to make the dinner go according to your wishes. Steal food from other players, switch up ingredients or outright threaten the other Immortals: everything is fair game in Hot Pot Hustle!

In Hot Pot Hustle! Players take turns flipping cards from a deck of cards called “The Pot.” Each card has a chili spiciness level assigned to it with a value between 0 and 6. Players must take care not to go over a chili level of 6, or they have to dispose of all the flipped cards. After this, the Immortal proceeds to eat the food cards and you place them in sets of different types of food. There are a total of 6 types of food (meat, fish, vegetables, tofu, mushrooms and noodles) and each food set has to be up of different food types up to a total of 4 cards per set.

Each player’s Immortal character has a favorite food type indicated on the character card: for this food type, you can place as many as you want in one food set, up to the 4 card set maximum. However, the character card also shows what food your Immortal hates: these food cards are thrashed and scored as minus points at the end of the game.

In addition to the food cards there are Trick & Trap cards that allow the player to alter the game in their favor and sabotage other players.

At the end of the game, players score points for each food set they have created, and they get minus points for food they disliked and put in the trash. 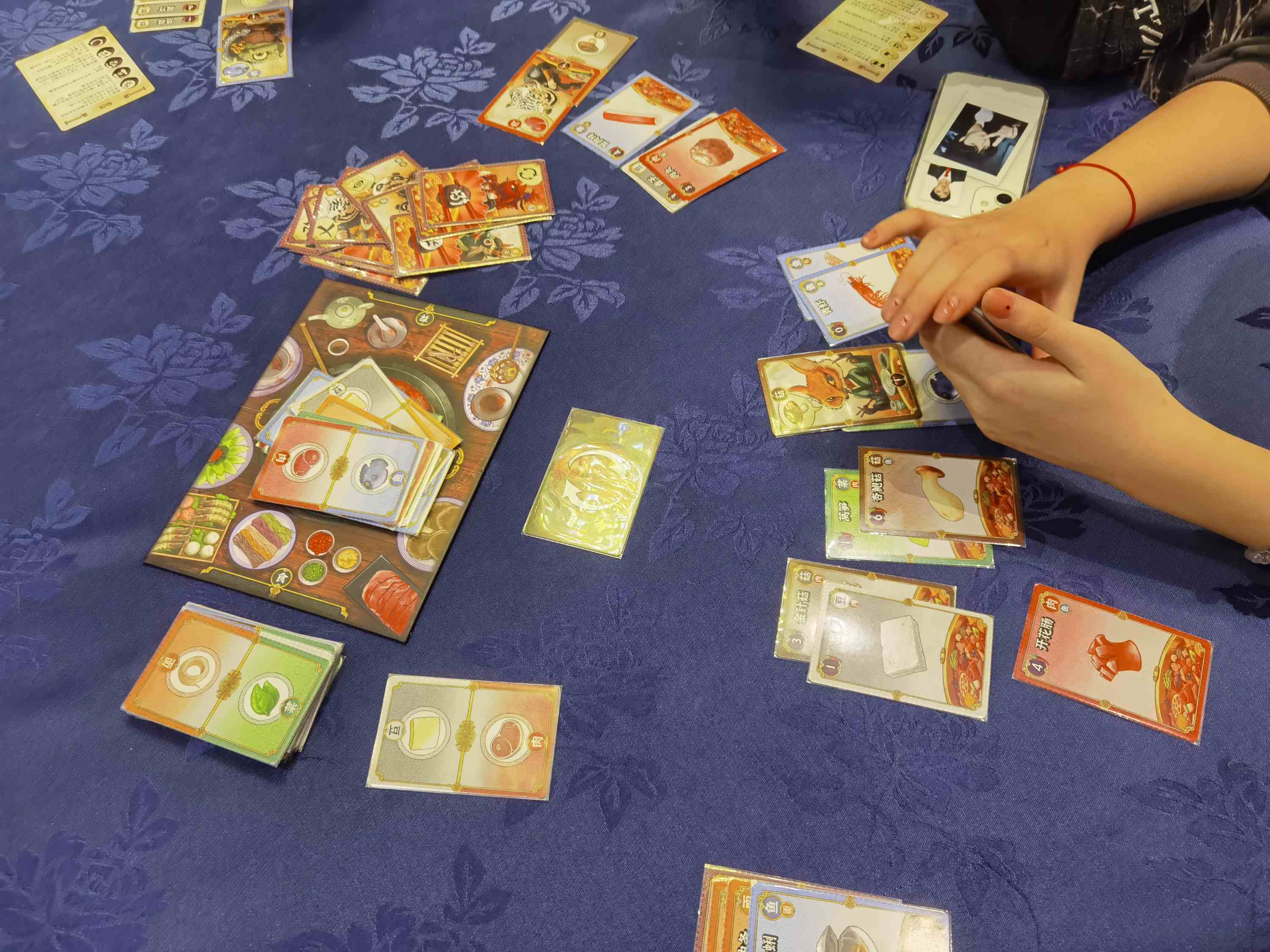