Carcassonne: The Phantom consists of 6 transparent phantoms in 6 colors. The purple phantom is for the gray player.

Rules
Each player gets a phantom of his player color. When placing a follower on a tile, the player may also place his phantom as an additional follower on the same tile. When both the follower and the phantom occupy the same tile, they must be placed on two different features. When the player gets his phantom back from scoring, he may keep it to use in a later turn. The phantom can also be placed by itself, and always counts as a regular follower.

Carcassonne: The Phantom will be available in German beginning in March 2011, with a worldwide release in April. The set will be released in 36-expansion boxes with 6 different colored transparent meeple-shaped boxes to choose from.

Part of the Carcassonne series. 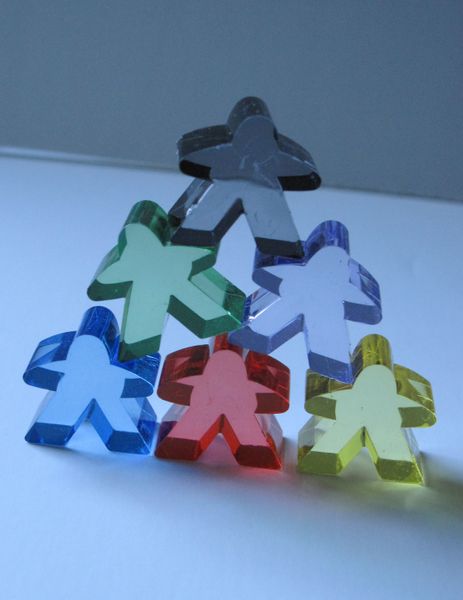