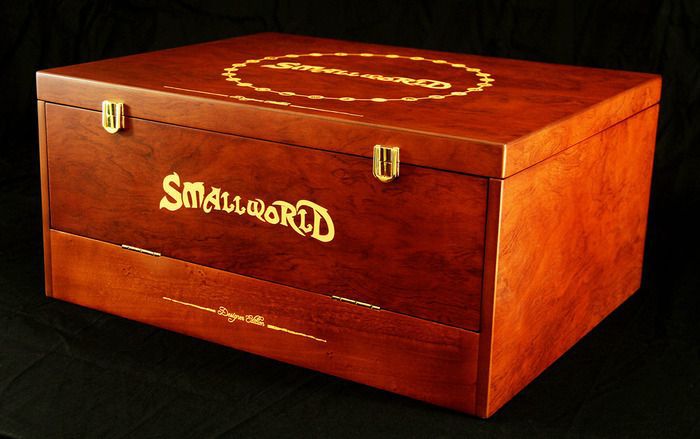 Small World's Designer Edition is a spare-no-expense version of Small World the board game; this version of the game is true to Philippe Keyaerts' original wooden prototype.

The Designer Edition will feature:
- 307 deluxe wooden tokens covering all races from the base game and its Cursed!, Grand Dames and Be Not Afraid expansions + the Lost Tribes
- each race comes in its own individual, lavishly illustrated box
- the banners, special powers and markers that complement the deluxe tokens will all be heat-printed on wood, matching the tokens neatly
- the victory coins will all be distinctive metal coins specially forged for Small World
- the maps will be super-sized copies of Small World's 2-5 player maps, and include a new 6 player map specially designed by Philippe Keyaerts
- the Dragon, the Catapult, the 2 Heroes will all be represented by custom resin miniatures
- the new "Pocket Encyclopedia" from the Kickstarter campaign

The copy purchased by Kickstarter backers will also include a deluxe wooden version of the 3 new Races & Special Powers in the Kickstarter Backers Bonus Pack as well as an engraved plaque.

The Designer Edition is a true collector's edition. There was a single production run made, with only a limited number of copies for the retail channel. 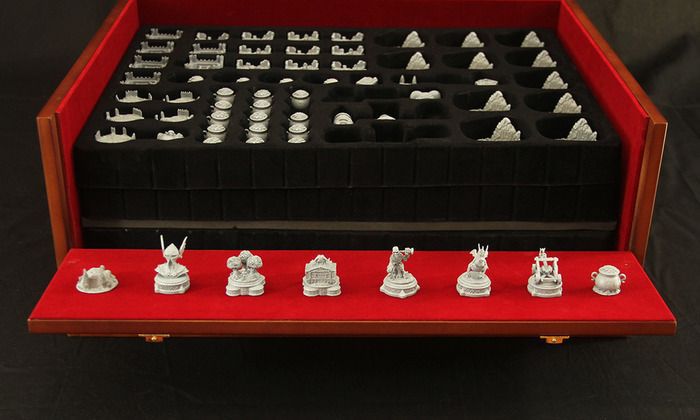