The world is in ruin. Humankind is but a distant memory, and only now have you awoken. You are an automaton in possession of several fragments that once held the will of the human race. The other fragments lie in the hands of your fellow automatons. You must investigate and piece together these fragments so that you alone may fulfill the final will of humanity.

Code of Nine — first released as Old World And Code Of Nine or OWACON — is a card-based board game in which the goal is to puzzle together long-gone memories. Players battle for victory points (VPs), but what will generate VPs is decided by eight so-called memory cards that are dealt at the start of the game, with each player getting to look at only two of these.

Each round, players choose actions that gain certain items such as coins, books, statues or legacies, or perhaps to peek at the other players' memory cards.

After five rounds, the score is calculated, and whoever has the most points wins. 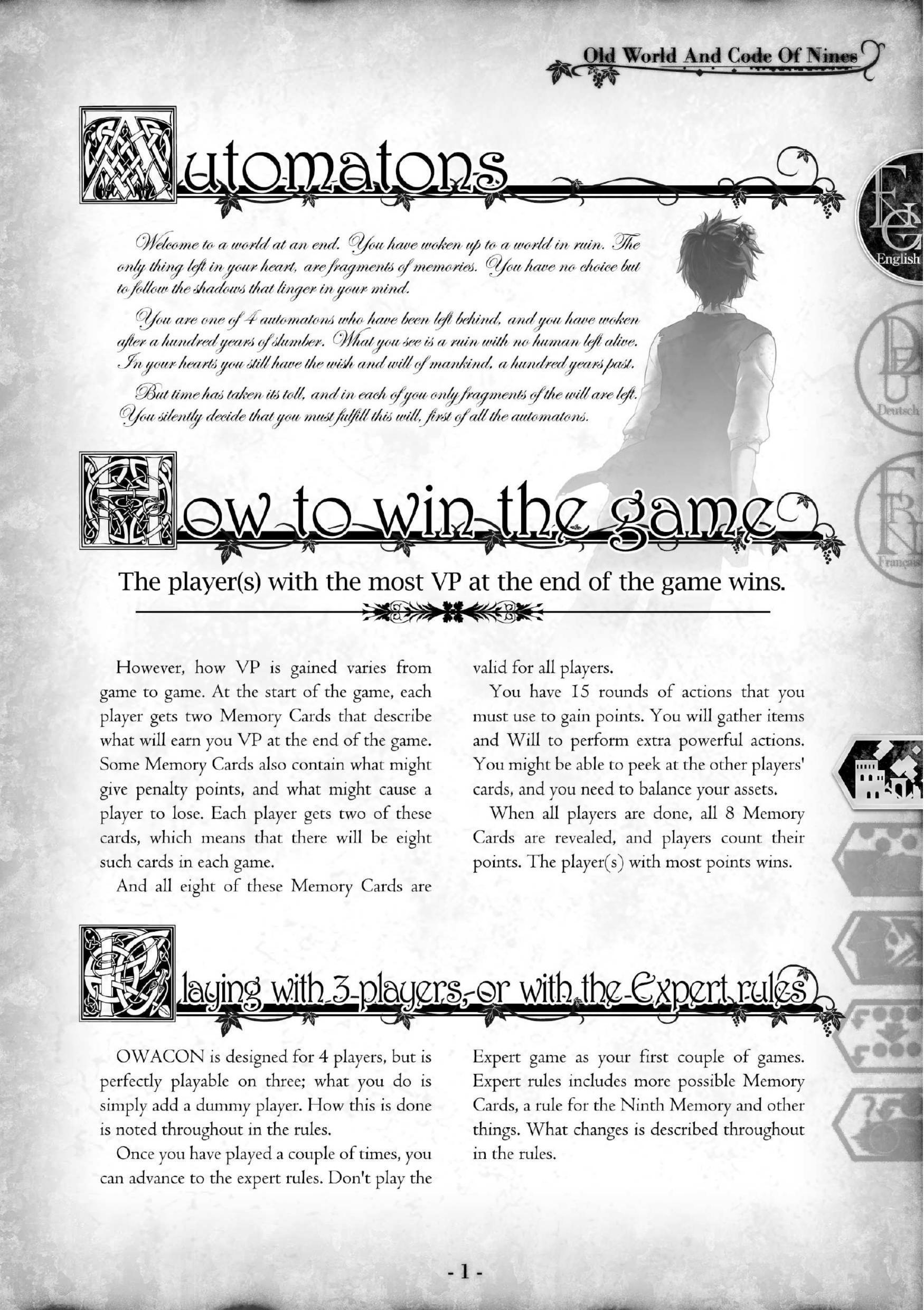